6 April 2018In The News, Local LettersTeamSK

In countering terrorism, our police and security services will consider the the use of surveillance, intelligence sharing, vigilance and physical security. 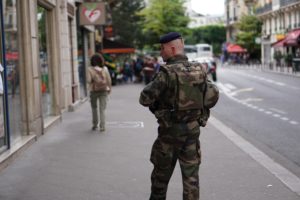 Technology is another key front in this ongoing battle. The Home Office has recently announced that it has developed cyber-screening that automatically detects terrorist content on any online platform.

Tests have shown this new tool can automatically detect 94% of Daesh propaganda with 99.995% accuracy. The Home Office claims that it has an extremely high degree of accuracy. For instance tests have shown that if it analyses one million randomly selected videos, only 50 would require additional human review.

We know that Daesh and similar groups post material online to incite violence in London and other cities, to recruit Londoners and others to their cause, and to attempt to spread fear in our society.

Let us hope that the smart application of this new technology, while ensuring that we respect individuals’ rights to privacy, will allow us
to stop terrorists from undermining London or Britain’s way of life.