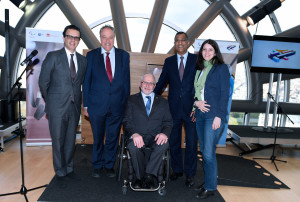 The Olympics for many people prior to 2012 was an occasion of two events. The main event and ‘that’ paralympic one!

When the main event was over everyone went home. The established convention was that the public were not interested and indeed the research showed they were not.

The Olympic village emptied and a few paralympians were left to get on with their events.

The Olympics became one event. Just as your colour and background means nothing to the Olympic spirit, from 2012, the way you were born, or the way your body is today, no longer made any difference too.

It stopped being “that other event” and started being something people wanted to watch.

Who can forget the excitement that wheelchair rugby, affectionately nicknamed “Murder Ball!!”, brought to our screens!

How many athletes competing the week before suddenly yearned to get in a wheelchair and slog it out on the pitch?

But why was it that suddenly people on the streets were talking about paralympic sport? Why were they they suddenly engaged in a way they hadn’t been before?

I am biased, Channel 4 is a British media organisation, but the coverage they gave to the Paralympics in 2012, when the Olympic games were staged in my home city of London, saw a sea-change in the perception of paralympic sport.

Channel 4 had the rights to the 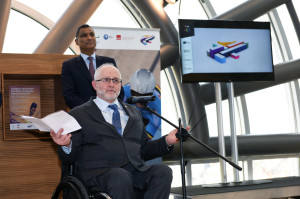 events and knew they had to do something different if they wanted to make it work. The result was a complete rethink of how to cover the sports and today I want to urge every broadcaster and every national sporting body to do the same when it comes to events they are part of.

I remember being captivated by the advert “Welcome the Superheros”. I watched it on Youtube again this week and it just leaves you wanting to see more.

In just a couple of minutes when it first came out, it helped to turn paralympic sport into something we all wanted to watch. Top level competitors ready to compete against the world’s best whatever life had decided to throw at them.

The fact is, viewers are not interested in whether someone is labelled `disabled` or not. They are interested in competition…. nail biting competition…… among people they feel emotionally engaged with. But that doesn’t just happen by magic.

Just like Channel 4, I urge broadcasters to keep researching public attitudes and then confront them head on.

Instead of following old patterns, by researching perceptions and tackling stereotypes you can engage the public.

Programmes were planned in the run up to grab people’s attention such as the documentary titled “Freaks of Nature”. The title was edgy on purpose but the programme left us all with a new appreciation of paralympic sport and a bond with the people involved.

And of course it makes business sense too. If you are covering the Olympics and you can have an engaged audience then why waste the opportunity?

I hope broadcasters across 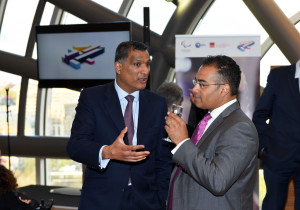 the world will keep up this momentum. I know that the good people at Channel 4 are very happy to share what they learnt with any broadcaster who wants an insight into what they did.

Of course I am proud of what London – my home city – achieved but this is about much more than just London. The Olympic spirit is about bringing everyone together.

So while the athletes come together on the field or in the pool, I hope broadcasters will do the same, in boardrooms across the world. Let’s share these lessons and let’s give the public what they want and the athletes the coverage they deserve.