AI means a bright future for jobs too 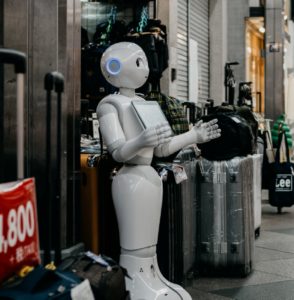 With more companies, local and national governments planning to employ
Artificial Intelligence (AI) technology, there have been the
inevitable predictions about how new technology could lead to mass
unemployment.

The authors of these doomsday scenarios would have us believe that
robots, self-sufficient computer programmes and hyper-smart technology
will make most of us redundant and leave us without work or purpose.

How interesting then that consultants at PwC have now produced a
report saying the future is brighter than we might think?

While the report finds that robots will replace some UK jobs,
especially in transport and manufacturing through robotics and
driverless vehicles, they also predict greater job creation in other
sectors.  For example, while 12 per cent of jobs in healthcare will be
displaced by AI, they foresee 34 per cent new jobs will be created.

The report concludes that AI will create as many jobs as it destroys,
when evened out across different sectors.

Looking at our economy over the last few decades, the PwC report
appears to have a ring of truth.

While older sectors have become more automated, consider the new
sectors which did not exist a few years ago.

Who would have predicted that the mobile phone would have produced so
many jobs?  While there may be less network-equipment and phone
manufacturers in the UK, new jobs have been created by mobile phone
operators, retail chains, accessory-vending, resales and repairs?

And that is all before you think about the programmers, app developers
and app companies that have so productively colonised not only places
such as Shoreditch, but other hubs and hothouses, warehouses and back
bedrooms all over our great city.

AI will mean more change, more disruption, more retraining – but it
can also mean more jobs rather than fewer.